9.2 Meaning of Speech and Language Impairments

This term refers to the interactive exchange of information, ideas, desires and feelings. It involves not only the spoken language and written word but also body language, personal mannerism and anything that adds meaning to the message.

For communication to take place three elements are to be present. These are sender, message and receiver. People get involved in communication because they have information, ideas and feelings they want to share, thus in doing so a certain language have to be used.

The term refers to arbitrary code system or set of rules involving grammatical structures used to transmit meaning from one person to another. The most common code system is spoken language; computer language and sign language used by hearing impaired persons.

Phonology is the study of linguistic rules governing a language sound system. The sound system carry elements called phonemes which are sounds that do not carry meaning, but when combined by other sounds they form a word.

Syntax is a system of rules that govern meaningful arrangement of words into a sentence. If children are using language normally, they must learn linguistic structures to convey their intention or ideas.

This is the system that governs meaning of words and sentences. It describes how people use language to convey meaning.

Pragmatics is a set of rules governs how language is used in different context. A child’s pragmatic competence can be assessed in regard to the variety of purpose for which she /he uses language.

Both child factors and environmental factors contribute to child language development. First a child must possess an intact sensory system for detecting stimuli in the environment and capabilities for processing the incoming stimuli (receive, interpret, store and retrieve information).

Second the environment must provide certain inputs such as stimuli to be detected by the child, selective reinforcement of appropriate response the child gives to the stimulation.  Problems or abnormalities within the child or the environment can interfere with language development.

If the child’s sensory system does not allow detection of stimuli in the environment because of sensory impairment (hearing) language learning will be more difficult. Likewise, language learning will be more difficult if the child’s cognitive systems are inefficient (mental retardation or brain damage) in encoding sensory inputs (perception) store it (memory) and attach symbol to it (association, discrimination and abstraction).

Environmental limitations on the other hand restrict language development. For example a child who is unable to explore the environment and whose repertoire is limited may be further deprived by an environment that offers inadequate stimulation.

Speech disorders are among the most frequently reported problem conditions among the children. Yet in determining speech disorders, we should compare child’s speech to the adult standard and notice behaviours that are appropriate, irregular or missing. Speech production involves physical production and shaping of sound, using oral  mechanism (tongue, teeth, oral cavity and larynx or voice box).

Basically speech production involves three systems that is the respiratory system which must provide a source of power in the form of a controlled air stream , vocal  tract(throat, nose and oral cavity ) which must be structurally intact and functionally operative for the speech sound to be produced accurately and coordination of the fine motor  movement of the articulators to produce various sounds. Speech disorders are divided into:

This is the irregularities in oral production of the vowel and consonants sounds in the language. Common articulation errors are classified into four types including:

Substitutions: replacing one sound with another (for example b for v, “berry” instead of “very”, w for r, “wabbit” instead of “rabbit” or  “woad” for “ road”).

Distortions: approximating correct pronunciations but deviating slightly  ,usually because the child does not use the tongue ,teeth or oral cavity correctly to produce the sound ( for example “ts” or “th” for “t”).

Additions: adding extra sounds to words (for examples “summber” instead of “summer”, “warsh” for “wash” etc).

This is inappropriate pitch, volume or voice quality for communicating effectively. Voice disorder generally involve a problem in loudness or softness of the voice .It may be caused by lack of control in voice production resulting from impaired hearing, cerebral palsy or faulty learning (scream or shout to gain someone’s attention).Likewise, voice disorder involve a problem in voice quality caused by excessive or insufficient nasality, breathiness, harshness and hoarseness.

This is irregularities in the flow or rhythm of speech outputs involved in formation of sound, words, or sentences. This is commonly referred to as stuttering or stammering  a disorder that involve abnormal repetitions, hesitations, prolongations of speech sound or syllables involved in speech producti

8.5 Identification and Assessment of Children with Language and Speech Disorder

Language development in children begins before a child utters his/her first word, while the tests for language delays or disorders are not administered until the child is two years old. Irregularities in the nonverbal sound system such as a strange infant cry or in the sucking, swallowing or

breathing system may predict a problem in spoken language development, which will impede speech production. Therefore, the following procedures are used to identify children who have communication disorders: 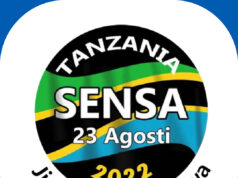