POEM: SONGS OF LAWINO AND OCO

Songs of Lawino is a dramatic monologue that reveals two characters, Lawino and her husband Ocol who are in disagreement. Lawino and Ocol belong to acoli tribe of Northern Uganda, thus they present any other African husbands and wives. Ocol is educated as he poses a university degree while Lawino is not educated.

In this case Ocol up hold western civilizations while Lawino is an upholder of African ways of life. Ocol finds himself follow in love to another girl called Clementine making Lawino to protest against because she upholds Western ways of life of which is much attached to it. (Loves it).

The book is divided into thirteen sections as summarized here below;

Lawino gives a story on the way how her husband (Ocol) insults and looks down her and all black people as well as their traditional ways of life. She reacts to Ocol’s insult by mocking him and his western ways.

Lawino introduces us to Clementine who is the city girl and her rival because she is Ocol’s love. Lawino despises the way of beatifying herself like using cosmetic, wearing wing and slimming clothes, according to Lawino she can compete with Clementine by having a warm welcome and good preparation of meal.

This presents Lawino’s attitude towards European tradional dance which she think are meaningless, immoral and unhygienic because it encourages people to embrace and kiss in public and hence ignoring the respect for the relatives. She also says, Europeans dance in darkness with the dancer drunk, smoking and wearing improper dress. To this she (Lawino) prefers traditional dance which she believes have meanings because they dance in an open space, women and male separated.

Lawino describes the games ornament and other accomplishment of the Ocol’s youth. She remembers how beautiful and skilful she was when still young and how she used to be admired (loved) by all the boys including Ocol because of her singing and dancing.

Lawino condemns the hair straightening and the wearing of wings and the use of hand kerchief. She sees that there is no need of copying the European’s style/fashions because what is good for European is not necessarily good for the African’s style and adornments of their body and the way they attract young men.

Lawino confuses her ignorance of how to eat with fork and spoons. She despises the tasteless of tines and frozen food she also describe how nicely her mother house is organized.

Lawino compares the western ways of telling time by animal means counting seconds, minutes and hours by clock with the traditional ways of observing nature or by node of human being. She makes fun of Ocol for becoming a slave of time the extent of being unhappy and restless and blames him for treating his children and relative with good dis-respect for the slave or observing time.

Lawino expresses her attitude towards Christianity and those who preach and love it. She blames the preachers of the Christianity for maltreating their converts. She shows that the missionaries were wrong in their ways of morality and naming individual. She blames the preachers for preaching good things but opposing it’s better to join with her poor people in the area where meaningful and relevant song and cultural activities are performed.

Lawino tells how Ocol despises the traditional medicines hygienic food and children upbringing. She believe that like European’s medicines, some Acoli’s medicines work and some do not. She compares on beliefs in traditional spirit and charm to Ocol’s beliefs in rosaries and power of prayer.

Lawino attacks the local leaders of the two rival parties i.e. her husband Ocol and his brother. These leaders talk about independence, unity and peace only to bring more conflicts and disunity even within the family. She also attacks those leaders who engage in political conflicts and forgetting the sufferings of the people under poverty, ignorance and disease.

Expresses the irrelevance and effects of western education. She asks Ocol what is the use for the books, if the knowledge in cannot help to create a better society. According to her (Lawino) the books have killed him as a non western he belongs either to European culture or to African culture.

The following are the themes found from Songs of Lawino and Ocol.

Protest means to go against (to be in opposition0 ideas, statements or directions. In this poem, Lawino protests against,

Foreign ways, she also protests against Ocol’s ideas, practices, and altitudes of despising and not sharing with his fellow Africans including his own mother.

She protests against Christian preachers who are hypocrisy because they use religion to exploit and oppress their converts, they drink alcohol and seduce girls worse still they don’t allow questions in churches.

She protests against European songs and dances which are meaningless because dancers dances in darkness while drunk, with improper clothes, smoking cigarettes.

She protests against European medicines and hygiene where she prefers African traditional ways of medicines.

She protests against Western education because it leads to alienation of people’s mind taking an example to his husband Ocol who has alienated from African culture.

Conflict refers to the misunderstanding or opposition between two sides. Normally a conflict arises when different groups have conflicting ideas, beliefs, purposes, opinions interests and values which need quick solution.

From the book the poets have disclosed the following conflicts;

Personal conflict. Under this type of conflict, the poet portrays that there is misunderstanding between people as listed here below;

Ocol vs Lawino: Ocol despises his wife Lawino, her relatives by regarding them un educated, he also considers them primitive, pagan and superstitious. In response to Ocol’s insult, Lawino regards European culture has killed Ocol’s manhood, she blames and accuses on the behavior of her husband to be attached to western civilization.

Ocol vs his relatives: Ocol despises his relatives and look down, he considers them as dirty, pagan, and primitive he fails to welcome at his home place including his own mother fearing that they would endanger him. (they are bad people to him)

Lawino vs Clementine: Clementine follows in love to Ocol. Worse still, she is arrogant because she insults and despises Lawino in English. On the other hand Lawino despises Clementine for her behavior of imitating western fashion like wearing tight clothes, slimming and using of cosmetics which are not the proper way an African woman should emulate.

Political conflict: Politicians who lead political parties preaches differently from their actual daily performance. Good example is Ocol and his brother who lead DP and UPC political parties as they call upon the society to unite and maintain peace while themselves are in disagreement for they compete for money, and suspect one another. This is seen when Ocol hires a man to kill his brother, on the other hand, Ocol’s brother has smuggled a pistol against Ocol.

Hypocrisy refers to the act of making oneself to falsely appear to be virtuous or good (better). Lawino attacks hypocrite politicians who preach independence, unity and peace, but they bring conflict and disunity even within the family. Such leaders are not interested in the welfare of the people, but in position and money. As they focus in political conflicts, societies suffer under ignorance, poverty and diseases.

Betrayal is the act of going against moral understanding or agreement made between each other. The tendency of betrayal of any kind in a society causes disunity, humiliation, oppression as well as alienation among members of the society. The poet shows that Ocol betrays his relatives by insulting and despises his wife and her relatives as he regards them primitive, pagan and superstious. Also Ocol betrays his wife by following in love with Clementine as a result conflict arises among the couples. Ocol fails to use his acquired education to liberate his society from ignorance, poverty and disease instead he alienates himself from them.

POSITION OF WOMEN IN THE SOCIETY

Role of the women refers to the social responsibility or obligations of people with female gender in the society. Similarly, their position is the social status accorded to them by the society. The poet portrays a woman differently as listed here below;

Woman as an oppressed, humiliated, alienated, exploited person in her society. This is evidenced on the way Lawino is maltreated by her husband because she is uneducated, uncivilized as well as unchanging woman.

Woman as a mother as well as a responsible person in the society. This is because Lawino cares her children by ensuring that they get meal and her family too.

Woman as an upholder of African traditional ways of life by fighting against western culture which add nothing to the societal development.

Woman as a tool for refreshing men. The poet portrays this by showing Clementine who is attached in love to Ocol despite being Lawino’s husband.

Woman is less regarded in acquiring education unlike men. The society deprives them from getting education that may result to development of their rights. The poet portrays this by showing how Lawino lacks education.

Europeans used religion and education to destruct African culture. This is because western culture brought disunity among Africans, Christian’s vs non-Christians, educated vs. non-educated. In this case Europeans brought different problems to Africans in terms of social and political outlooks.

Songs of Lawino and Ocol reflect African ways of life because what the poet has disclosed in the book real fit to daily life starting with conflict among the people, husbands and wife to betray one another, despising of women and hypocrite leaders especially politicians who favor for their self interests without considering whether others are starving. 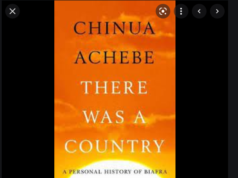 A MAN OF THE PEOPLE by Chinua Achebe

I WILL MARRY WHEN I WANT

Betrayal In The City By Francis Mbuga