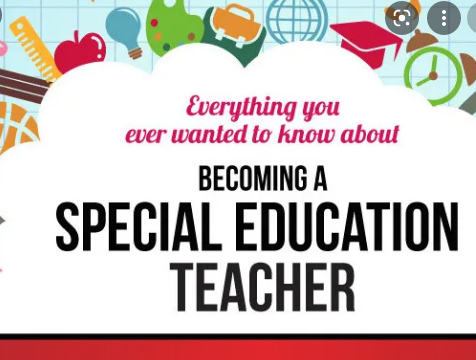 Special education is a specially, purposeful intervention designed to prevent, eliminate and/or conquer the barrier that might keep an individual with disabilities, from learning and from full and lively participation in school and the social order.

This means that special education is a profession with its own history, cultural, practices tools and research focused on the learning needs of the exceptional children. Special education therefore, is defined as specially designed instruction, at no cost to the parents to meet the unique needs of the children with disabilities.

It can also be expressed as the education of students with special needs, in a way that addresses the students’ individual differences and needs. Ideally, this process involves the individually planned and systematically monitored arrangement of teaching procedures,

adapted equipment and materials, accessible settings, and other interventions designed to help learners with special needs achieve a higher level of personal self-sufficiency and success in school and community than would be available if the student were only given access to a typical classroom education.

Common special needs children include those with visual, hearing, learning, communication, intellectual challenges, emotional and behavioral disorders, physical disabilities, gifted and talented and other developmental disorders. Students with these kinds of special needs are likely to benefit from additional educational services such as different approaches to teaching, use of technology, a specifically adapted teaching area, or resource rooms.

Thus, special education philosophy and service delivery practices have been built largely around the educational delivery systems in place within the primary and secondary education.

Peterson (1987) & Heward and Orlansky (1988) argue that as a field, special education is relatively new. Its development is the outcome of long, colourful drama covering many decades.

Its history encompasses many interrelated but separate events spanning social, political, scientific and educational arena of the society. Looking back the history can be described in regard to four broad periods.

In early years individuals with special needs were subjected to inhumane treatment form their communities. Hasselt et al (1988), observe that during ancient time, physical abnormalities were not known beyond infancy as most societies killed the new born with any abnormality. Ancient Greeks and Romans saw children with disabilities as bad omen, cursed by the gods and unworthy of human rights.

Physical fitness at that time was important for survival therefore persons with special needs were persecuted, killed or thrown into the wilderness to die. Scholars such as John Locke began to suggest new ideas about the human nature and about education. However, it was difficult for this few innovative thinkers, to bring about immediate change against that greater wave of traditional thinking.

During the spread of the Christianity these individuals received more humanitarian care. Peterson, (1987) & Scheerenberg (1983) cited in Hasselt, et al ( 1988) elucidate that, at that time many of children with disabilities  were put into the protective homes and residential institutions where they were fed but not given education.

In the early 1800s such institutions for mentally retarded and other disabilities were established in Europe as well as in America and other parts of the world by few who stand to advocate and protect the individuals with special needs.

The third period encompassed the development and expansion of education for disabled individuals. Peterson (1987) explains that in beginning of the early 1900s and continuing until the late 1950s special education services expanded gradually, characterized by spurts of interest followed by periods of stagnation and disinterest.

There were poorly planned programmes and inadequately trained teachers contributed to the irresolute support given to special education. Even though care facilities and programmes increased in numbers, the approach was largely one of segregation and isolating the individual with special needs from the rest of the society.

The final stage as stated by Peterson (1987) was marked by legal and legislative actions that all children with special needs are entitled to appropriate education. This was possible with the passage of the Universal Declaration of Human Rights adopted by the international community in December 1948 which witnessed the integrations of disabled into educational and social mainstream although segregated special education classes are also used.

Many ideas, practices and principles we accept today in the profession are actually the products of inventive thinking from early pioneers in the field of special education. For example, the scientific attempt to educate children with intellectual disabilities originated in the effort of Jean Marc Gaspard Itard (1775 -1838), a French physician and otologist. In his classic work book “The wild Boy of Aveyron” (1807), he related his five-year effort to educate the boy who had been found running wild in the woods of Aveyron.

Years later his student Edouard Sequin (1812-1830) devised an educational method that used physical and sensory activities to develop the mental processes. Sequins works influenced Maria Montessori(1870-1952), an Italian pediatrician who became an educator and  the  innovator of training young mentally retarded and culturally deprived children in Rome in the 1890s and early 1900s.

Another important person in special education was Louis Braille (1809-1852) a Frenchman, who lost his sight when he was 3 years as a result of accident. Louis developed an embossed form of writing used for visual impaired individuals around 1850.Although the Braille system is over 150 years old it is still by far the most efficient approach to reading by persons with visual impairment.

1.4 Development of Special Education in Tanzania

Special education development in Tanzania follows the trend that most developed countries in the world followed. Services for certain disability groups for example the blind and the deaf followed by the small-scale education provision in special schools for other disabilities (physical and intellectual disabilities) were provided by the church and charity organizations.

The government of Tanzania started to offer education for children with special needs in integrated setting during 1962.Uhuru Mchanganyiko Primary school in Dar es Salaam for visually impaired units with boarding facilities was an example of such schools.

As long as the provision of services for individual with special education needs lie in the hands of non-government organizations it is impossible to create a comprehensive system of education and other related services. Therefore, it is imperative for the government to create the system of education which has to acknowledge the need of all children regardless their abilities, and which should base on the approved policy documents.

Special education services and provision in Tanzania is largely emphasized in primary school level, particularly in residential, non – residential schools and units integrated into regular schools. These schools are supported by government and charitable organizations and churches.

Table 1 indicates that up to 2003, special education was provided in 18 special schools, 130 integrated units, and 28 itinerant services for visually impaired children, which give a total number of 176 special schools.

The above explanation implies that, children with disabilities in all levels of education experience difficulties in accessing education in the country. Special schools are few and they mainly cater for visually impaired, hearing impaired, physically impaired and intellectual impaired children.

Above all, schools for visually and hearing impaired admit students according to strictly applied categories which allow only the medically diagnosed student to access special schools or special unit services while the diagnostic services for intellectually impaired are poorly developed.

Consequently, schools and units for intellectual impaired students have a varied population, out of which a part of it fill the standards for intellectual impairment. All in all, children with disabilities have to overcome some barriers even before entering the schools. These barriers include rehabilitation services, technical aids and assistive devices, physical and attitudinal barriers. 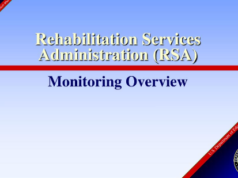 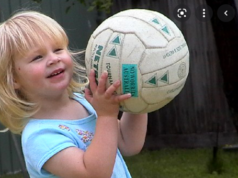 Lecture 13: Types of Educational Placement and Provision System in Tanzania