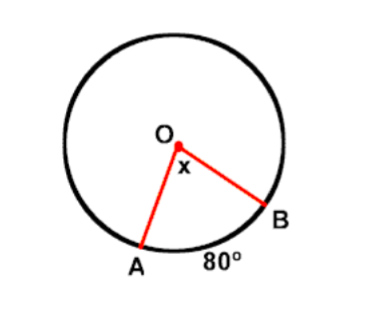 The Concept of Radian Measure
Explain the concept of radian measure
Radians
are the standard mathematical way to measure angles. One radian is
equal to the angle created by taking the radius of a circle and
stretching it along the edge of the circle.
The
radian is a pure mathematical measurement and therefore is preferred by
mathematicians over degree measures. For use in everyday work, the
degree is easier to work with, but for purely mathematical pursuits, the
radian gives better results. You probably will never see radian
measures used in construction or surveying, but it is a common unit in
mathematics and physics. 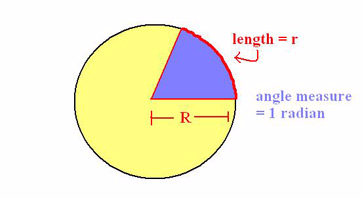 Radians to Degree and Vice Versa
Convert radians to degree and vice versa
The
unit used to describe the measurement of an angle that is most familiar
is thedegree. To convert radians to degrees or degrees to radians, the
following relationship can be used.
angle in degrees = angle in radians * (180/pi)
So, 180 degrees = pi radians
Example 1
Convert 45 degrees to radians
Solution
45 = 57.32*radians
radians = 45/57.32
radians = 0.785
Most
often when writing degree measure in radians, pi is not calculated in,
so for this problem, the more accurate answer would beradians = 45
pi/180 = pi/4
Example 2
Convert pi/3 radians to degree
degrees = (pi/3) * (180/pi)
degrees = 180/3 = 60°
Angles Properties
Circle Theorems of Inscribed Angles
Prove circle theorems of inscribed angles
Aninscribedangle
is formed when two secant lines intersect on a circle. It can also be
formed using a secant line and a tangent line intersecting on a circle. Acentral angle,
on the other hand, is an angle whose vertex is the center of the circle
and whose sides pass through a pair of points on the circle, therefore
subtending an arc.In this post, we explore the relationship between
inscribed angles and central angles having the same subtended arc. The
angle of the subtended arc is the same as the measure of the central
angle (by definition). 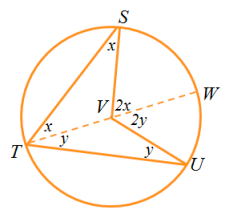 In
triangle, if we let the measure ofbe, then angleis also. By theexterior
angle theorem, the measure of angle. This is also similar to triangle.
If we let angle, it follows thatis equal to 2y. In effect, the measure of the inscribed angleand the measure of central anglewhich is what we want to prove.
The Circle Theorems in Solving Related Problems
Apply the circle theorems in solving related problems
Example 3
An arc subtends an angle of 200 at the center of the circle of radius25cm.Find the length of this arc.
Solution
r =25cm, 𝜽=20° 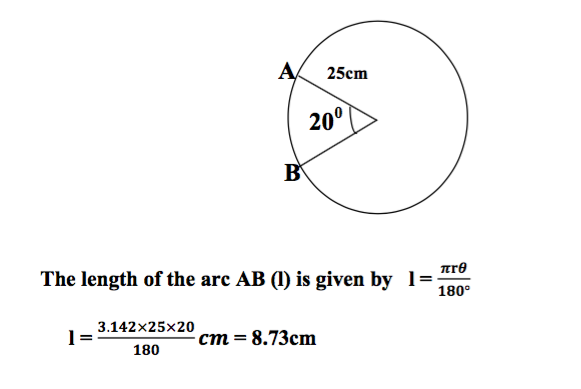 Chord Properties of a Circle
Chord Properties of a Circle
Identify chord properties of a circle
Imagine
that you are on one side of a perfectly circular lake and looking
across to a fishing pier on the other side. The chord is the line going
across the circle from point A (you) to point B (the fishing pier). The
circle outlining the lake’s perimeter is called thecircumference. Achord
of a circleis a line that connects two points on a circle’s
circumference.
To
illustrate further, let’s look at several points of reference on the
same circular lake from before. If each point of reference (i.e. duck
feeding area, picnic tables, you, water fountain, and fishing pier) were
directly on this lake’s circumference, then each line connecting a
point to another point on the circle would be chords. 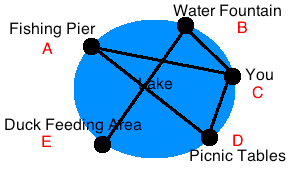 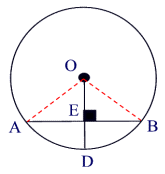 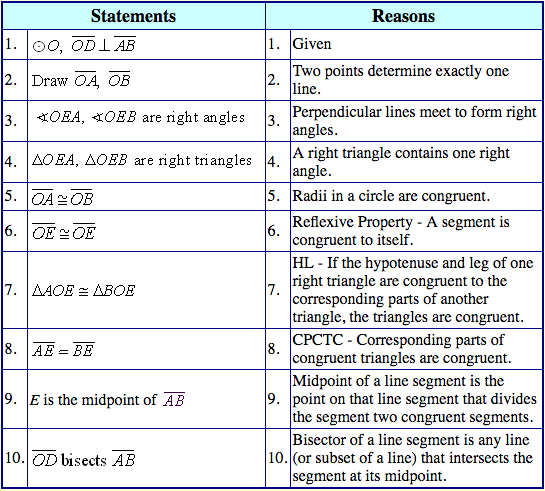 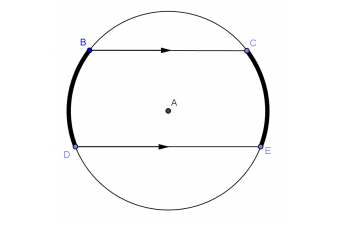 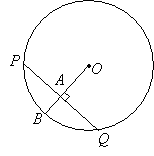 Example 6
The figure is a circle with centreOand diameter 10 cm.PQ= 1 cm. Find the length ofRS. 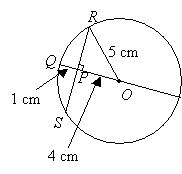 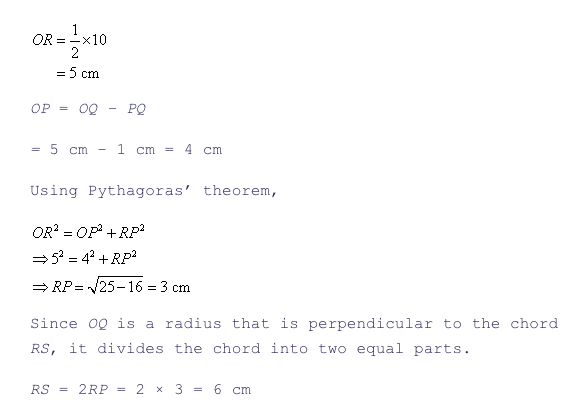 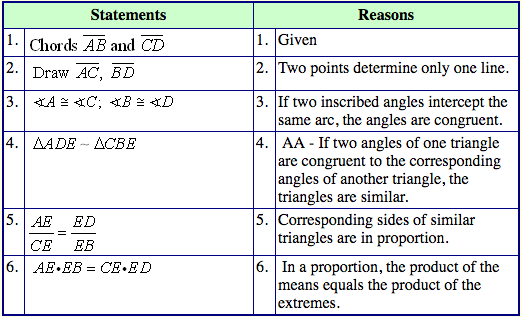