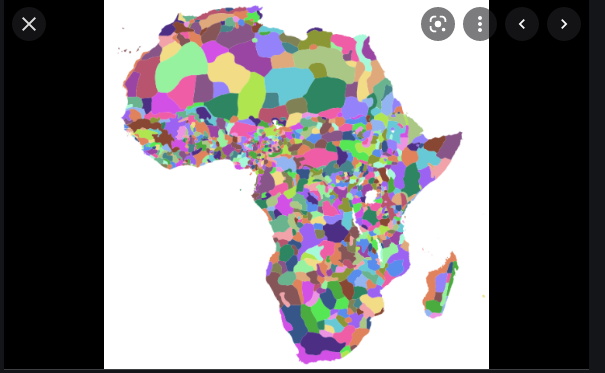 Modes of production involve productive forces that are human labour, instrument of labour, economic activities and objects of labour and production.
Types of Social Organisations and Production; Communalism
Mode of production
Refers to the varied ways that human being collectively produce the means of subsistence in order to survive and enhance social being.

It is called “primitive‟ because of the low level of productive forces and “communalism‟ because there was no exploitation of man by man. This mode of production existed for much longer period than any other mode as it ranged from theemergence of man more than one million years ago.

2. Advanced communalism During that era man advanced in his tools through various discoveries like iron tools. It is because of this technological advancement that is why it came to be known as advancement communalism.

Characteristics of primitive communalism
Low level of production:With crude tools like stone and little knowledge, man hardly mastered his surroundings. He managed to get basic needs such as food, clothes and shelter. Due to low level of development in science and technology people produced food for their day to day use; hence there was no surplus of production.

Collective ownership: Members of the community jointly owned the major means of production including land, tools and animals. The clan leader headed the members of the clan. However, communal societies were not stratified as a result all commodities produced were shared equally for there was no exploitation.
Absence of specialisation:

People were obliged to do all the jobs including making tools, hunting, looking for foods, preparing shelters and clothes. The division of labour was based on gender and age, men hunted and collected food while women were responsible for cooking, taking care of the young, sick and old people.

Full democracy: All decision making was arrived at by all adult members of the group regardless of their gender.
Generally, people lived together according to blood relations in small groups by tracing their origin from the same ancestor. Each group was separated from the other by large tracts of land.

this was the greatest revolution made so far for the first time by man.
Development of permanent settlement: Even with nomadic pastoralist or shifting cultivation the area of operation became limited as the number of people increased due to the Neolithic revolution.

Hence the production increased with the population following this permanent settlement was inevitable.
Advanced production of tools like hand hoes, panga, axe and other iron tools resulted from the Neolithic revolution

Land continued to belong to the community but agriculture became the major economic activity.
Transition from advanced communalism to feudalism mode of production
African societies were not static, but they underwent transformations,

which were influenced by the environment, climate and soil fertility, the growth of population and the increase of productive forces all which paved the way for a new mode of production.
Such factors caused societies’ transitions from communalism to feudalism, by the 19th century some societies were practicing feudalism.

However, groups such as the Tindiga of Tanzania, Khoisan of Kalahari maintained their communal mode of production.
Some societies lived in areas with good climate and fertile soils. Such societies included the Mandika and the Yoruba in the forest of savannah regions, Bunyoro,

Buganda, Ankore, Toro, Tutsi, Haya, Hutu and Waha of East Africa as well as the Zulu and the Nguni in South Africa.
Reliable rainfall and fertile soils allowed the expansion of agriculture and the cultivation of permanent crops e.g. bananas in Buganda.

The cultivation of permanent crops led to the growth of permanent settlements which ensured surplus production.
The advancement of science and technology led to the discovery of iron. From iron people made strong and sharper tools than stone tools which increased the rate of production.

The growth in population led to an increase in food production and the standard of living. Population increase resulted in shortage of land and caused overcrowding this also led to the rise of highly centralised states that developed standing armies which later carried out constant raids.

Shortage of land and its increase in value contribution to the development of productive forces since they were conditioned to produce everything in small areas.

Such factors threatened the communal mode of production and led to feudalism, since land was privately owned by people. This created classes of land owners and those who were landless within the community.

Organisation of labour was then dictated by land controllers at the expense of the landless who worked for the land owners in order to be paid. Also, the distribution of products was not equal; as land controllers took the highest shares for themselves.

Slavery mode of production
Slavery is a system under which people are treated as property to be bought and sold, and are forced to work. Slaves can be held against their will from the time of their capture, purchase or birth and deprived of the right to leave, to refuse to work and to demand compensation

Historically, slavery was institutionally recognised by many societies but in more recent times slavery has been outlawed in most societies continues through the

Slavery is a condition in which one human being is owned by another. A slave was considered by law as property, or chattel, and was deprived of most rights ordinarily enjoyed by free persons.
There is no consensus on what the slave was or on how the institution of slavery should be defined. Nevertheless, there is general agreement among historians,

anthropologist, economists, sociologist and others who study slavery that most of the following characteristics should be present in order to term a person a slave. The slave was a species of property; thus he belonged to someone else.

Was the third mode of production but the second in exploitation of land. Feudalism is derived from the Latin word feudum which means a piece of land; it’s

so because this mode of production was largely based on land as a major means of production. According to Marxist feudalism came from the womb of the

slavery mode of production because it bases on exploitation of the lower class.
Features of feudalism
Feudal rent:The feudal lords exploited the peasants through the payment of rent.

This was paid in kind and in labour.
Private ownership of productive forces: Thisincluded land, tools, cattle and women who were privately owned by feudal lords
Agriculture became the major economic activity: Following the discovery of iron technology productive forces were improved drastically.

A Prognostic social class:This was based on exploitation of one class i.e. feudal lords of tenants or peasants.
Direct subordination of the lower social class to the upper class of feudal lords.
Division of labour and specialisation: Basedon gender and age
Inheritance:Created as a means to determine one’s position in society according to birth,

it determined who became a leader and who a subject.
Improved productive forces:Especially tools applied in agriculture and military warfare, this was brought about by iron technology.
Generally, African kingdoms such as

Buganda and some forest states of West Africa, used means of production centered around either land or livestock-especially cattle-peasants could use the land freely but they were required to pay rent. How Production was Organised under Feudalism
Explain how production was organized under feudalism

Under the feudal economic system, production was organised within the kingdom; people organised their activities on the basis of extended families. Each household head was responsible for the organisation of labour in his family based on social and material requirements.

Merits of feudalism
 The rich supported the poor with food during drought and famine.
 There was peace in the state as the rich classes maintained law and order
 The societies were highly stratified, with each class of people knowing their positionknowing their position and role

 Everyone had a means of earning the living because the landowners gave all poor peoplein the society a piece f land to cultivate.
 The weak people in the society were protected by the king or the rich landowners forexample among the Rwandese, the Tutsi had an obligation to protect their tenants theHutu.

 It encouraged inter-community warfare as landlords fought in order to increase their land and vassals
Basic assignment 1. Explain the term social organisation and production

2. Identify the types of social organizations and production that existed in Africa up to the19th century

3. What is communalism mode of production?

4. Identify the characteristics of communalism

5. Show examples of the societies that had communalism up to the 19th century

6. What is slavery and slave mode of production?

7. Explain the features of slavery in Africa

8. Show areas where slavery was practiced in Africa

9. What is feudalism as mode of production?

10. Explain the characteristics of feudalism

11. Show societies in east Africa that had feudalism up to the 19th century