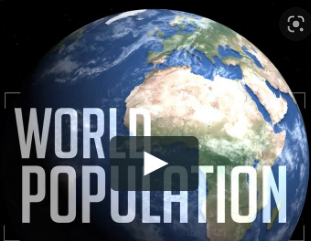 This lecture will examine the main approaches to population studies and sources of population data.

i) APPROACHES TO POPULATION STUDIES

It is well known that studies of population geography developed more recently because of its relationship with development.  Although the roots of population studies can be traced back to the period before the birth of Christ in classical writings of scholars like the Herodotus,

it cannot be denied that population geography as we know it today developed only recently.  It was in the 1950s when scholars like Trewartha and others realized that population number and characteristics were missing in several geographical studies.  In fact in order to emphasize the importance of population in geography he tried to link the cultural earth and the physical earth to population (Newman and Matzke, 1984: 1).

The concern of Trewartha was also raised by James (1954) when he wrote the volume entitled American Geography Inventory.   In this volume he emphasized the importance of studying population change and the need for developing mapping techniques that would allow it to be represented accurately.  The remark of these two people triggered off a wave of geographical studies on population.  Also several courses were introduced by universities and colleges both in the USA and Europe.

Several reasons can be advanced to explain the rapid rise of population geography.  First, it was due to the increase of population data which has occurred during the last three or four decades.  This is the outcome of several countries taking censuses at regular intervals each

ranging between five to ten years.  The analysis of  these censuses showed that they had rich information on local and national statistics  concerned with births, deaths, marriages, divorces  and similar events.  This type of data is now more common and reliable.

It is not possible to study population geography without mentioning the rise of population problems during the 1960s and 1970s.  The neo-Malthusian writers attempted to raise the awareness among people about the implications of population growth and change.

At the beginning the message was restrained but later, however, it was discussed more openly.  Perhaps one of the important neo-Malthusian arguments put forward about population problems was raised by Freedman (1964) in a book titled Population: the Vital Revolution, in which he raised the following main points:

(i)  The rate at which population is growing is without historical precedent, whether we consider whole or major continents and regions.

ii) Fertility (the birth rate) is becoming the dynamic and problematic factor in population change for the first time in human history.

iii)The large population structure depends mainly on birth rates and not on the death rates.  It is only in modern times that population has become older on a massive scale, because it is only recently that we have had the massive declines of fertility that produce the older population.

iv) The population of the modern world has been involved in massive movements unprecedented in human history in both scale and numbers of areas involved.

v) Modern population trends are greatly affected by an expansion of the range of social and economic interchange.

vi) More governments are trying more ways to influence population trends by explicit population policies now than at any other time in history.

vii) Data about population trends are being improved in quantity and quality as interest in population problems measures increases.

This population crisis was reflected in developing countries by worsening conditions of hunger and malnutrition.  Other repercussions included deforestation and land degradation and overurbanisation which is linked with lack of transport and waste disposal facilities, unemployment and underemployment.  The developed world, on the other hand,

experienced air and water pollution, the disappearance of wildlife, acid rains and psychic problems.  There was also the depletion of energy and mineral resources and almost every important social, economic and environmental issue becomes linked to aspects of population growth, distribution and characteristics.

To conclude most alarmists like Ehrlih and Freedman (1971) considered that population growth was a time bomb that would explode at any moment and lead the world into famine and other disasters.   The most immediate solution to this problem was to put population growth under control if at all any progress could be made in solving the world’s outstanding problems.

Another cause for the growth of population geography was the dramatic increase of urban and regional planning practice after the Second World War.  As the society and economy became more modernized better information about population was required in order to provide services such as education, health and roads more efficiently.

Planning was needed in order to accommodate the baby boom, which came immediately after the war and sub-urbanization.  At the same time business and industries increased their demands for population data and analyses

as they attempted to predict consumer preferences more accurately.  In fact market surveys and similar business tools dependent on population data have turned out to be used increasingly by the private sector.

Additional knowledge on population studies was obtained by historical demographers such as Fleury and Henry who through family reconstitution were able to piece out the demography of social groupings at the local community level.

The understandings of the past-generated knowledge, which helped to understand macro-level studies like the Theory of Demographic Transition and others (Newman & Matzke, 1984).

This has a long tradition in human geography.  In addition, keen interest has developed in studying the age-sex and marital characteristics that essentially have a direct impact on the three demographic factors stated above.

Currently great importance is placed on issues such as population and environment, population and politics and finally population policy.  Following these examples we can say population geography is a relatively open field of enquiry.  It has a considerably wide spectrum on which many issues related to population and well being can be discussed.

In this approach the population patterns are portrayed cartographically and/or statistically followed by an analysis of the main factors that influenced this pattern.  In the second approach population geography is studied with more emphasis on places.

This approach is used by geographers who would like to study the relationship between population and resources.  The area of study in this approach may vary from a local area such as a village, a region to the world as a whole.

Through this approach it is possible to investigate special problems like population pressure or carrying capacity and suggest possible solutions to overcome them. 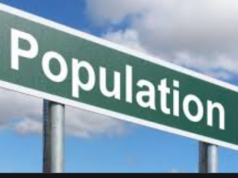