Relief refers to the physical appearance of an area by contrasting landforms. Relief features are many and varied in nature.

The common relief features that can be easily identified  on the photograph include the following:-

These types of relief are characterized by being extensive level or more gentle sloped. The flatland can be of lowlands or uplands. The flat land is known as plains and has altitude less that 500m above the mean level. Flatlands of high altitudes above 500m are called plateaus. To recognize if the flat land is of plain or plateau, requires other considerations for instance; if the flat land is under coffee cultivation is recognize to be of plateau with consideration that the crop requires high altitude.

These are of two patterns including hilly and mountains landscapes.

A TYPE OF PHOTOGRAPH

The common types of photographs given for examination purpose are of the horizontal, oblique and vertical. To identify the type of photograph given, consideration should be paid to the characteristics of the photograph relatively to the appearance of the object’s images. 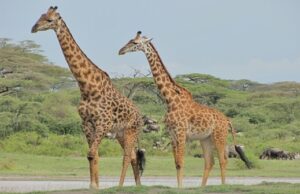 This can be identified with the observation of following.

-If the photograph shows the front view of the images of objects.

-Objects get progressively smaller from the foreground towards background. If horizons see it tells, the ground photograph is of general view; but if horizons not observed it   tells the type of ground photo is of close up.

– If ground covered is assessed small.

It can be identified with the observation of the following;

– If on the photograph; images displaced as they occupy apparently linear position.

-If on the photograph; images objects have both side and top views.

-If on the photograph; objects get progressively smaller from the fore ground to back wards.

-If the photo shows horizon; it is judged to be of the high oblique photo not observed, it can be judged as low oblique photograph.

It can be identified with the observation of the following;

-If ground covered is assessed large.

THE SITE (LOCATION) OF THE FEATURES

It is considerably to where the photograph might have been taken. In order to suggest where the

photograph might have been taken; the user should have enough knowledge on the distribution of

human activities; and manmade and physical features with in Tanzania, East Africa, Africa, and else

where in the words. As for example; the type of a crop grown will give a clue where the photograph

might have been taken. For instance, If the photograph shows sugar can plantation, it can be

suggested that, the photograph might have taken in Mtibwa, Kilombero,Moshi and Kagera. It is so as

the areas mentioned, are under cultivation of sugar cane in large scale.If the photograph shows water

falls, it can be suggested that, the photograph was taken from; Kidatu, Kalambo, and Tana. It is so as the mentioned areas have the HEP stations using waterfalls to generate the power.

TIME AT WHICH THE PHOTOGRAPH WAS TAKEN

The time at which the photograph might have been taken is complex matter. This is because; no

exactly time can be appointed out by the photograph. It remain to be a matter of generalization on

whether the photograph was taken in the morning noon or evening.

There are two suggestions for the time:

(a)    Observation of the shadow of the objects.

If the photograph was taken during evening time, its shadow lies eastern side because the sun is in western side. The diagram below if could be of photograph, would impress that, the photo was taken in the evening time.

-If the photograph has been taken at afternoon, its shadow lies around object. This is because the sun is over head at that particular period of time.

(b) Observation of the human activities.

(c) Brightness of the image features.

This has ideal reflection to the relative at which the photograph might have been taken.

– More bright images reflect the photograph to have been taken in the mid day time.

-Less bright images reflect the photograph to have been taken in the evening.

-Dark images reflect a photograph to have been taken during the night.

SEASON AT WHICH THE PHOTOGRAPH MIGHT HAVE BEEN TAKEN

Seasons are of two dimensions including rainy and temperature seasons. Rainy seasons are two and

include wet and dry. Temperature season are also two including hot (summer) and cool (winter).

It is possible to judge the season in which the photographs was taken. The following considerations

if observed of photographs may help to asses the season.

-Luxuriant vegetation, young crops in the fields flowering plants and rainy clouds in the sky could

-Winter would be reflected by the presence of snow on the ground.

-The type of cloth worm by people can also indicate the prevailing temperature season whether summer or winter e .g. The warm of thick clothe reflects winter season.

THE POSITION OF CAMERA MAN

It is possible to recognize the nature of a soil found in an area by studying a respective photograph. Nature of soil recognized by taking into consideration  the following if appear on the photograph.

(a)   Kind of crop growing in an area

Some crops growing on certain soils. It is there fore, the consideration of crops if observed on the photograph may help ideally to deduce the soil type.

Some cases for may include the following:-

– Paddy; reflects impermeable heavy clay soil as the crop growing on such type of soil.

-Coconuts and cashew nuts reflect that the area has sandy soils.

It is thus; the students as well as other photo users must have wide knowledge on soil requirements for varied crops apart from the ones given.

(b)  The topography of an area

The consideration helps to reveal the depth and drainage of the soil.

Consideration of vegetation helps to assess fertility and depth of the soil.

Whether and climate do not appear in photographs more directly. In order to state the climate of a given area portrayed on the photograph,

Observation should be made into the following their conclusion:

(a)   Kinds of the crops observed on photograph

It is thus; the students as well as other photo users must have wide knowledge on climate requirements for varied crops a part from the ones given.

Plant covers much related to climate and thus; if vegetation observed on the photograph may helps some one to suggest the likely climatic condition especially on the amount of rainfall.
-The observation of forests reflects heavy rainfall.
·

Drainage is the processed by which water is removed from the land to a lake or to the sea by a system of water flow mostly of rivers. The systems which make the removal of water known as drainage feature.

The common drainage features include; rivers, lakes, seas, swamps and others.Water features appear bright in photographs and are easily recognizable on all types of photographs.

It is thus; photographs may helps to assess drainage features and their different related aspects as follows.

-The presence of a body of flowing water reflects a river.

-The presence of a body of stagnant water may reflect a lake or swamp. To reveal the drainage feature if is of a lake or swamp, requires the making of other considerations.

-The presence of water falls and rapids indicates that the river is flowing in a steep region (landscape).

-Meanders show that the river is in the middle stage or old stage. Beside to this associated with the presence of flood plain

-The presence of many channels or distributaries before the rivers enter the ocean or lake indicates river delta.

Drainage patterns of rivers are clearly observed on vertical aerial photographs and the following cases of related can be deduced.

– If streams and main rivers form roughly a shape of a tree like structure, dendritic pattern deduced from the photograph.

-If streams appear to join to the main river at right angles, trellis pattern is recognized.

-If streams appear to diverge to different directions from the conical shaped upland radial pattern is recognized.

These are the plant covers which develop under natural conditions in a particular climate, relief and soil. However; due to human activities, most of areas have lost their natural (primary) vegetation. The vegetation we commonly see in photographs with reflection to actual areas are likely to be secondary or derived.

-Characteristics of plants observed on the photographs .i.e. describe the height and shape of the vegetation e. g. tall or short trees. In same cases a close study of the photograph can be reveal whether the leaves are broad, needle shaped or thorny.

-Try to identify some species of trees which are easily identifiable, e.g. the baobab or acacia trees.

-Try to distinguish the planed vegetation from natural vegetation. Planed trees usually appear in patterns or in rows and the trees appear of the same species.

(a) All aspect given above are so much useful in making description about the vegetation. However; description depends on recommendation of the question.

(b) It is also important; the description of vegetation should consider the knowledge from other disciplines like biology.

These are means of earning lively hood by the people in the habitable areas. Some of the economic activities easily identified from the photograph by taking into reasonable consideration.

The activities and their related suggestion aspects include the following

Farming includes crops cultivation and livestock rearing. These could further be subdivided into subsistence and commercial farming. The guidelines on how to identify types of farming from photographs include the following;-

In photographs industrial and mining activities are donated by the presence of the following:
·         Factory buildings with tall chimneys.
·         Nucleated settlements for workers.
·         Large open pits, large excavators, and Lorries carrying of loads of rocks (this show that open – cast mining is being carried out.

A settlement is a group of dwellings where people lived and interact with one other. Settlement sub divided into rural and urban dwellings.

Rural settlements recognized by the observation of the following;
·         Simple architectural designs of semi-permanent houses.
·         Evidence of farming or finishing activities.
·         Uneven and unplanned distribution of dwellings.

Urban settlements can be identified by:

(a)    Motor transport, shown by either motor vehicles or roads.

(b)   Rain transport, indicated by railway line with or without trains.

(c)    Air transport, indicated by the large flat tarmac piece of ground with buildings on one side, and control tower (air craft may be parked on the runway near the airport buildings.)