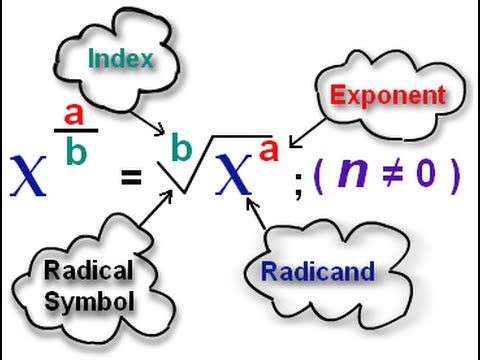 I completely/totally agree that smoking should banned in public places

I absolutely I wholly disagree with your opinion that alcohol is evil.

When we are not sure of something in argument or a debate. We can express our doubts.

I’m doubtfully that marriage parties are a good idea.

Think about each of the following topics. Prepare you opinion or point of view and then express it to your partner should then agree or disagree with your opinion or may be express doubt

Examine the following sentence. Decide whether they are making a statement of fact or just giving an opinion. Making each sentence with either F for fact O opinion

a) Jupiter is the largest planet in our solar system.

e) The selous Game reserve is the biggest in Africa.

Begin seldom did he think of his responsibilities

Seldom does Mutasa visit her aunt

Seldom did she listen much to her parents

Seldom did I have time to read novels then

Seldom does he go to beer parties often

vii. She does not play when the teacher is teaching

Seldom does she play when the teach is teaching

As soon as he left the boss called him

Begin: No sooner had he left them the boos called him

Humbya had just finished writing the letter when arrived

Begin; No sooner had Humbya finished writing the letter then arrived

Dr.Numbi had just performed the operation then the patient died

No sooner had Dr. Numbi performed the operation patient died

He had just returned from shamba when his uncle called him

The accused was during when he was rearrested

No sooner had the accused left then he was rearrested

The sun had nearly set when it rained

Hardly had sunset when it rained

He was completing his novel when he fell sick

Hardly had he completed his novel when he fell sick

Mutasa was beginning to settle down when her relative died

Hardly Mutasa begun to settle down when her relative died

Darkness had not set when we arrived

Scarcely had darkness set when we arrived

Guide the students to the full sub topic/lesson procedures, activities and games for better understanding of the sub topic by following these activities:

Brainstorming the sub topic/lesson through oral questions with answers, pair works, and group discussions of all important concepts to get students on track.

In this activity, the teacher will guide students to brainstorm about the sub topic/lesson and basic terms opinion and feeling. An opinion is an idea, belief, or judgement of something or about somebody. Feeling is a state, belief or impression in which someone places his/her confidence.

In this activity, the teacher will provide students with the prepared texts for them to read. These texts should be based on the common topics such as early marriages, child labour or road safety.

The Causes of Road Accidents

JUMA: Hello, Asha. How are you?

ASHA: I’m fine. I have a question for you, Juma. Are you ready?

ASHA: What do you think about road accidents?

JUMA: I think road accidents are many these days. Every time, ambulances are busy carrying injured people and sometimes dead ones.

ASHA: What are the causes of these accidents?

JUMA: In my opinion, the causes of these accidents are many, but one of them is carelessness of the drivers and car owners.

ASHA: Why do you say car owners and drivers are the main causatives for road accidents?

JUMA: I believe that the car owners are responsible because they should make sure their cars are well maintained and operative.

ASHA: And what about drivers? Why should be blamed?

ASHA: I am sorry I disagree with you in one thing. I feel that pedestrians, cart pushers, and pastoralists are also responsible because they sometimes cause accidents when they misuse the roads.

JUMA: It is true. But they are not core causatives to the large extent.

ASHA: It might be that, but accident is always bad. The important thing is for everyone to play part in making sure everyone is safe.

JUMA: You are absolutely right!

Activity Three: Students’ Participation. Showing students how models like that of a teacher can be applied by them. Here students need to be guided on how to use given expressions, structures, vocabulary, and phrases or similar ones.

In this activity, the teacher guides students to choose the topic they would like to express their personal opinions. For instance, the students may agree upon the topic “Co-education schools are better than single-sex schools”. After choosing the topic of their preference, the teacher guides them to give their personal opinions on that chosen subject in the form of class discussion. The teacher creates cards. These cards are either written ‘YES’ or ‘NO’. The teacher asks students to form groups and each group should pick one card and come out with their opinions about the side of the topic they have taken.

Taking/leading students to the real situations or contexts where they can apply what they have mastered. Here speaking, reading or writing activities are involved.

In this activity, the teacher will now introduce students to debates.

Debate is a place or event where people express their personal opinions on a particular topic. Participants in debates can argue for or against the opinions.

HOW TO CONDUCT DEBATES

In conducting debates, the following five aspects are observed:

Asking for an opinion

What do you think about corporal punishment?

What is your opinion on boarding school?

What is your view on school rules?

I think that corporal punishment is important

I think that boarding school is better

I believe that school rules are necessary

I feel that early pregnancies are bad in the society

My opinion is that corporal punishment is good

My view is that all school rules should be observed

I argue for the opinion that school rules are necessary

I support the opinion that corporal punishment should be abolished

I am of the opinion that all schools should have dormitories

I agree with the motion

I agree with the argument

I support the view that students should all be sent to dormitories.

I oppose the motion

I oppose the opinion that school rules should be abolished

I am against the motion

I am against the argument

I disagree with the motion

I disagree with the opinion that corporal punishment should be abolished

I do not support the view that school rules are necessary

Expressing a doubt in opinion

It is possible that truancy is bad, but ……

There is a possibility that corporal punishment is bad, however…

It is possible, but….

Perhaps students should all be sent to dormitories

When we are arguing or debating on something, we have to support, oppose, or express a doubt on opinion. We do this by giving evidences. We give information and points that prove our views.

After, guiding Form One Students to the meaning of debate, management of debates, and procedures of conducting debates, the students have to debate on a chosen topic/subject.

The teacher prepares the Class Level Debate. For example, the motion can be “Corporal punishment should be abolished in schools”. This debate should be announced some days before the debate day so that students can have enough time to prepare themselves.

USEFUL EXPRESSIONS TO EXPRESS YOUR OPINION

It goes without saying that .

USEFUL WORDS TO EXPRESS YOUR AGREEMENT

USEFUL WORDS TO EXPRESS YOUR DISAGREEMENT

Ask students to be in two groups in their own class. Also ask them to brainstorm on the motion they like to debate on. After presenting the motion, allow them to debate on it. This is class debate.

In pairs, allow students to decide on which motion they might like to give their opinions. The two students can present their opinions before the class. Each of them (in the pair) should argue for and another student should argue against the motion.

Note: You can give students more individual works, pair works, and group works to facilitate their interaction and understanding of the sub topic or lesson. As English language teacher you have to give students more works to do. Because language is meant to be largely spoken and written, the teacher should rely on written exercises and notes. Instead students have to learn English language by vigorously exercising individually, in pairs, and in groups.

One of the important rights of a person is the freedom of expression. This right gives a person a chance to express his or her opinion on a certain issue provided that he/she does not violate the laws or insults others.

NOTE: These stages explained above are not necessarily covered in a single lesson of single or double period. Remember that this is the guide for teaching the whole sub topic which has periods ranging from 6 to 20. So, the teacher’s task is to divide these stages according to the total number of periods for a particular sub topic.