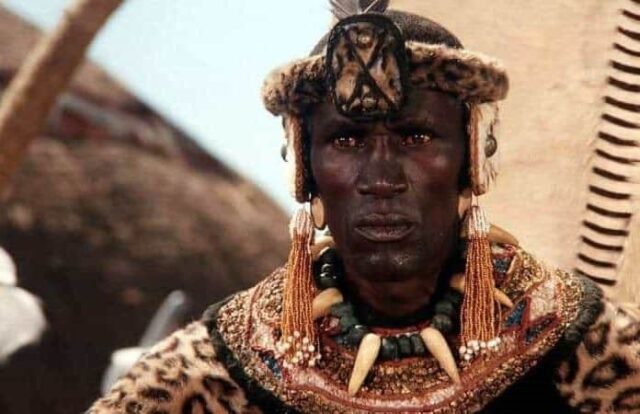 Before the coming of colonialist, Africans had their own social and political system of administration, African administration system was interrupted after the interaction with colonialist in 19th century.

Therefore, in this topic we explain Development of social and political system of Africa.

Clan was the organization which involved combination of several related families with a common ancestor. Clan is controlled or ruled by the clan’s head.

DUTIES OR FUNCTIONS OF THE CLAN HEAD

To distribute land to the communities or clan members.

To preserve traditions and customs of the clan.

To preserve land belonging to the clan.

To settle disputes and quarrels.

To find wives for boys and husbands for girls.

There are two types of clan organizations in agricultural societies:

Matrilineal clan organization is the system of organization where by the husband moved to the wife’s family and children of the new family belonged to the mother’s (wife’s clan).

As a result, clan heritage was based on the mother’s clan. Matrilineal in Africa was practiced among the Makonde, Makua, Mwera, the Yao of Tanzania, and the Kamba of Kenya.

Patrilineal clan organization societies is the system of organization in which the clan heritage was based on the father’s line and all children bared the name of the father.

The husband had to pay substantial bride price in different forms such as cattle, goats, etc. in order to get the wife, the bride price could be stored as wealth, in this system all the children of the new family belonged to the father’s clan.

The division of responsibilities and duties was based on age and sex and was usually done during initiation ceremonies. The best examples of these societies were the Maasai, Nyakyusa of East Africa, Hausa in West Africa and the Khoi Khoi of South Africa.

Age set covered a specific group of years for example:

Children group aged 0-8years were regarded as non-producers group. They were not directly involved in production.

Youth group 8-18 years their main responsibility was to graze animals, trading young animals and milking cattle they were assisted by women.

The main responsibilities of the Moran were as follows:

To protect the whole society as trained soldiers.

To protect livestock against dangerous animals and raiders

To increase the number of animals through raiding their neighbors

To travel with their herds in search for water and pastures.

Laibons this is the group of elders aged 40years and above

It consisted of elders who were divided in groups namely; junior elders and senior elders.

Responsibilities of elders were:

To control livestock and all the properties on behalf of their communities.

To enable norms and ethics to govern the society.

They were top overseers of all the spiritual and political matters of the community.

They were responsible for counseling other members of the society.

To settle disputes among the society members.

State is a community occupying a certain given territory and living under full control of its government and therefore it is independent from of external control.

State in East Africa mostly started to emerge in the 18th century AD due to the rapid spread of agricultural communities and improvement of science and technology.

Conquest – some powerful states conquered the weaker societies and therefore making them strong and expand. For example, Buganda conquered Bunyoro in the interlacustrine regions.

Trade – trade such as the Long distance trade enabled the society concerned to become strong and powerful after acquiring commodities of different types including weapons which were used for strengthening their societies.

Buganda got guns from the East Coast to defend and expand. The empire of the Mali, Ghana and Songhai got metal and hoes from North Africa to strengthen their military.

Good climate and fertile soils (soil fertility) – it led to the increase of food and assurance of feeding which led to population increase, a factor that was very important for the state formation. For instance heavy rainfall and fertile soil enabled production of more food and surplus in Buganda.

Good leadership – some African rulers were strong and ambitious to expand their empire so they organized their people and got support from them for example: Kabanga of Buganda.

Availability of iron – iron promoted agricultural products and was used for making war weapons, which in turn became most important for conquering other states.

Migration – this was a complimentary factor it happened that some people migrated to other states and brought with them new technology and skills which were used to expand and strengthen the new societies concerned.

Size of the kingdom – kingdoms that were small such as Buganda and Ghana were easier to organize, to administer effectively and to defend unlike the larger kingdoms like the Bunyoro; the effective control was impossible.

The early states in western Sudan were established in the region between the Sahara desert and the forest region of the South. The most notable states were Ghana, Mali, Songhai and Karnem Bornu.

GENERAL FACTORS FOR THE RISE OF WESTERN SUDANIC STATES

The growth of population

During its rise, Ghana had two main towns, one occupied by Muslims and the other by Pagans. The rulers and the people were Soninke speaking group.

The word Ghana as the King title emerged in 5th AD. The capital center of administration was Kumbisalehe.

FACTORS FOR THE RISE OF THE GHANA EMPIRE

FACTORS FOR THE DECLINE OF GHANA EMPIRE

Early in the 3rd C Ghana fell apart as a result of the war between Samangwa the king of Ghana and Prince Sundiata Keita the king of Kangaba. Ghana was defeated and Ghana fell Under Sundiata’s rule. Sundiata formed a large kingdom known as Mali the capital was Niami and the title of the rulers was Mansa.

FACTORS FOR THE RISE OF THE MALI EMPIRE

The fall of Ghana empire

Control of gold fields of Bure

FACTORS FOR THE DECLINE OF THE MALI EMPIRE

Weak leadership after the death of Mansa Mahmud IV

Empire became too large to control

Lack of unity and the empire was divided into three spheres of influence and they fought against each other.

The rise of Songhai empire

In the late 15th Century the Songhai Empire originally the GAO, conquered neighboring states under the leadership of Sunni Ali and formed the large empire of Songhai.

GAO became its capital earlier on around the 11th C and remained the capital under the empire. Its famous leaders were Sunni Ali, Askia Mohamed and Askia Daud.

FACTORS FOR THE GROWTH OF SONGHAI EMPIRE

FACTORS FOR THE DECLINE OF SONGHAI EMPIRE

Weak leadership after the death of Askia Daud

The empire was too large to control

The shift in orientation of trade towards the Atlantic following the introduction of the Trans-Atlantic Slave Trade.

Benin Empire was a very small state with the Edo speaking people. The highest authority at the time where chiefs known as Ogiso which meant the ‘Kings of the Sky’ and the administrative centre was Ubinu.

Between 1388 – 1431, there was a series of civil wars, which badly divided the Edo. After the death of the last Ogiso, his son Prince Ekaladerhan left for exile and established himself in Ile-Ife, so when the Edo people requested his return, he sent his son instead, Prince Oranmiyan who took up the throne.

By 15th C, the empire expanded into a city-state under the leadership of Oba Ewuare the Great

REASONS FOR THE RISE OF THE BENIN EMPIRE

Some of capable rulers the greatest of those was Aware

DECLINE OF THE BENIN EMPIRE

Firearms that were introduced through the European trade caused tribal wars that led to the final decline of the Benin Empire.

Oyo Empire began in the late 14th C or early 15th C likely 1388 – 1431. The people of Oyo were Oranmiyan, their capital was Oyo-Ile and the King of Oyo was called Alafin. The Bashoran was the leader of the army.

REASONS FOR THE RISE OF THE OYO EMPIRE

DECLINE OF THE OYO EMPIRE

Conflict between Alafin and Basharon

Conquest from the Fulani and Dahomey

Dahomey rose after the decline of Oyo in the 19thC. It was founded by the Fon people. It had good leaders such as King Agaja and Houegbadja who built the Royal Palaces of Abomey.

THE RISE OF THE DAHOMEY EMPIRE IN THE 18th C

Growth of centralized and powerful monarchy

Dahomey declined after the arrival of the French.

Asante or Ashanti Empire was founded as a result of the emergence of several cities in the region of Kumasi. The people of Asante were Akan ruled by the Oyuko clan.

The King was Obiri Yeboa who was Osei Tutu.

The capital city of Asante or Ashanti was Kumasi. The symbol of Asante union was a Golden stool. The ruler of Asante was known as Asantehene.

FACTORS FOR THE RISE OF ASANTE EMPIRE

Some of its capable rulers e.g. Osei Tutu

The state declined after the arrival of Europeans.

It was founded in the 14th C. The head of the kingdom took the title of Manikongo or Mwekongo means lord of Kongo. The capital was Mbaza, which the Portuguese later baptized Sutrador.

FACTORS FOR THE RISE OF KONGO EMPIRE

DECLINE OF THE CONGO EMPIRE

The arrival of the Portuguese

Weak leadership after Manikongo Mingo Mkuwa who acquired up an Embassy in Portugal. His son Mzingo Mbemba was baptized as Dan Alfonce. He was a puppet of the Portuguese and caused civil war in Kongo.

This Kingdom was created under the leadership of Mutola. Mutola conquered Tongu and Torura of the Zambezi valley. He acquired the title of Mwenemutapa, which means ‘Master of the conquered lands’.

He was a political, military and religious leader. Mutola died in 1450 and his son Matope inherited, after Matope’s death in 1480 Changamire took over in 1490.

REASONS FOR THE RISE OF MWENEMUTAPA KINGDOM

REASONS FOR THE DECLINE OF MWENEMUTAPA KINGDOM

The arrival of Portuguese who monopolized the gold trade

The kingdom became divided into two parts Mutapa and Ruzwi

After the death of Matope, his son Nyahuma took over. He was younger than the other Chief so that Chief rebelled and caused civil war.

This state is found between the tributaries of river Kongo. The Songiye people migrated from Katanga led by a leader from the Kangolo clan. The united Kaniok and from Luba kingdom, Ilungambila married into the Kangolo clan.

This intermarriage gave the rise of Luba lineage of Kalala Ilunga, the founder of Munza as capital of Luba.

REASONS FOR THE RISE OF THE LUBA STATE

The development of trade

The presence of iron technology

The centre of the empire lay in the Valley of Nkala River. The Luba kings took the title of Mwanta. It began as a simple village and their first ruler was called Mwantagaand. Ilunga Tshibinda who came from Luba married a princess from the area and their son became the first paramount ruler of the Lunda State.

FACTORS FOR THE RISE OF LUNDA STATE