Concept of Movement and Locomotion

Locomotion is the movement or change of position of the whole organism from one place to another.

But normally organisms have different kinds of movement. Plants show movement but do not show locomotion.

Since locomotion involves coordination between nervous muscular and skeletal system and all these system enable the organism to locomote. 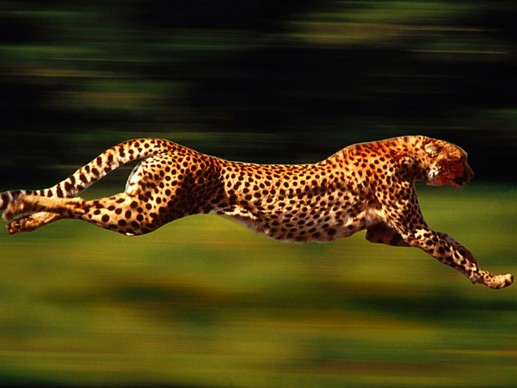 The Importance of Movement in Animals and Plants

Animals and plants move about to:

Demonstration of movement and locomotion

Movement of the Human Body, the Human Skeletal System

The Structures of Human Skeleton

The contraction and relaxation of muscles cause muscular movement in vertebrate organisms such as man. The muscles work together with skeletal system to support or allow movement to occur.

Bones consist of living cells embedded in a hard substance made mainly: The bones are attached together at the joints by tough flexible fibers known as ligaments

Bones are classified in to long, short, irregular bones and flat. Short bones these are short bones, which support weight allowing for many smaller movements. Example bones on the human feet.

Long bones these are strong, hollow and light containing spongy bone at the end. And spongy bone has open space and holes, which contain red marrow, which is where red cells are made. Example bones on the legs and arms.

Besides bones, the skeletal system has tissue called cartilage. It’s the strong flexible tissue that gives shape to some parts of the body

The cartilage keeps bones from grinding against each other, between vertebrae cartilage disks act as shock absorbers

The human skeleton has about seventy movable joints.

Pivot Joint:This is the type of joint, which allows one bone to twist against another

NB. Joint is the point where two or more bones meet 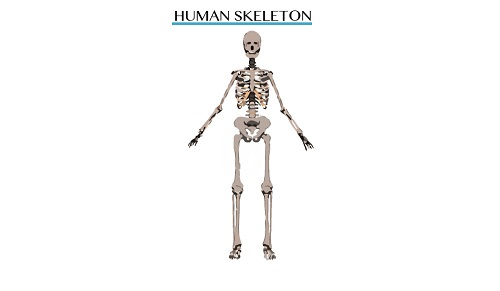 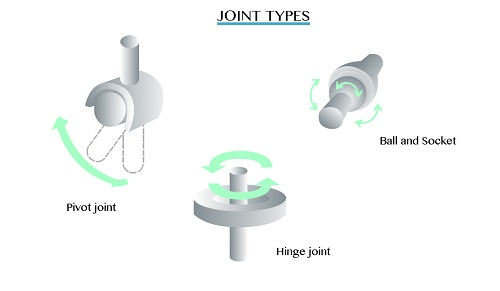 Functions of Skeleton include:

1. The human skeleton provides mechanical support for the body

2. Protection for internal organs e.g. skeleton of head protects the brain while chest bones protect soft organs such as the heart

3. Skeleton functions as framework for anchoring the muscles

4. Skeleton, together with muscles, function to bring about movement in an organism

The Concept of Muscles

A muscle is a tissue consisting of cells that have the capacity to contract and exert a pull. Muscles are made up of specialized tissues, which are known as contractile tissues. When these tissues contract they become shorter and tighter, as a result they cause movement. All muscles are made up of elongated cells called muscle fibers.

There are three kinds of muscles in the body of a mammal. These muscles are

Muscles are attached to bones at two points:

1. At one point a muscle is usually attached to an immovable bone and other end to a movable bone.

2. Muscles may be attached directly or indirectly by means of tendons. Tendons are tough whitish cords of fibrous materials which connect a bone and a muscle

3. Muscles can contract and relax, but not expand when muscle contracts it becomes shorter and thicker and hence, exerts a pulling force on bone to which it is attached at a point of insertion.

4. When a muscle relaxes, it lengthens and becomes thinner

5. Most muscles act in pairs in such a manner that when one member of the pair contracts the other member relaxes. This means that they never contract or relax at the same time

6. Muscles acting in pairs in this manner are known as antagonistic muscles. One member of the pair is called extensor while the other member is the flexor

The figure below shows how the two muscles of the upper arms that is the biceps and triceps muscles bringing about the bending and straightening of the limb. 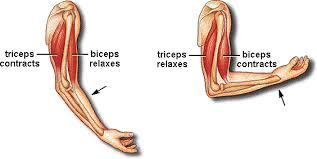 The Structure of Muscles 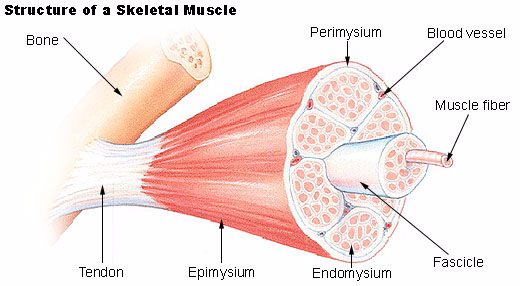 Adaptations of Different Types of Muscles to their Roles 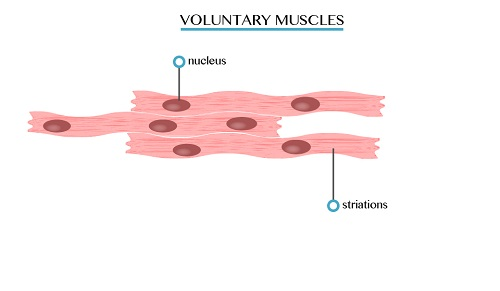 Smooth (involuntary) muscles are found on the walls of internal organs such as alimentary canal, blood vessels and bladder. 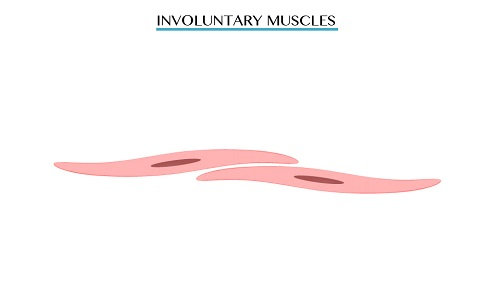 This is the type of muscle, which is found only in the heart. These muscles are made up of muscle fibers which branch and connect to each other like a network.

A muscle cramp is an involuntary and forcibly contracted muscle that does not relax. The cramp may involve a part of muscle, the entire muscle or several muscles that usually act together. Any of the muscles that are not at our voluntary control can cramp.

Sometimes it occurs when the body lacks salt especially for those people who work hard in hot weather they sweat a lot and get painful cramps in their legs, arms or stomach.

There are basically two major causes of muscle cramps that are:

Applying a soft massage on the cramped muscle, stretching the muscle and applying oil ointment on the affected area, can treat a muscle cramp.

Explain the concept of movement in plants (movement of curvature)

Generally plants do not show locomotion (movement of the entire organism). However, movement of individual plant organs is possible and modified by sensitivity of the plant to external stimuli. 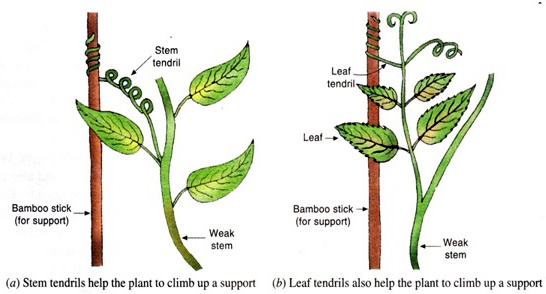 Types of Movement Exhibited by Plants

Normally there are two types of plant movements, which are:

Induced or Irritable Movement is the type of plant movement shown by plants in response to external stimuli. Light, temperature, gravity, touch, water and chemical substances are examples of induced movement. 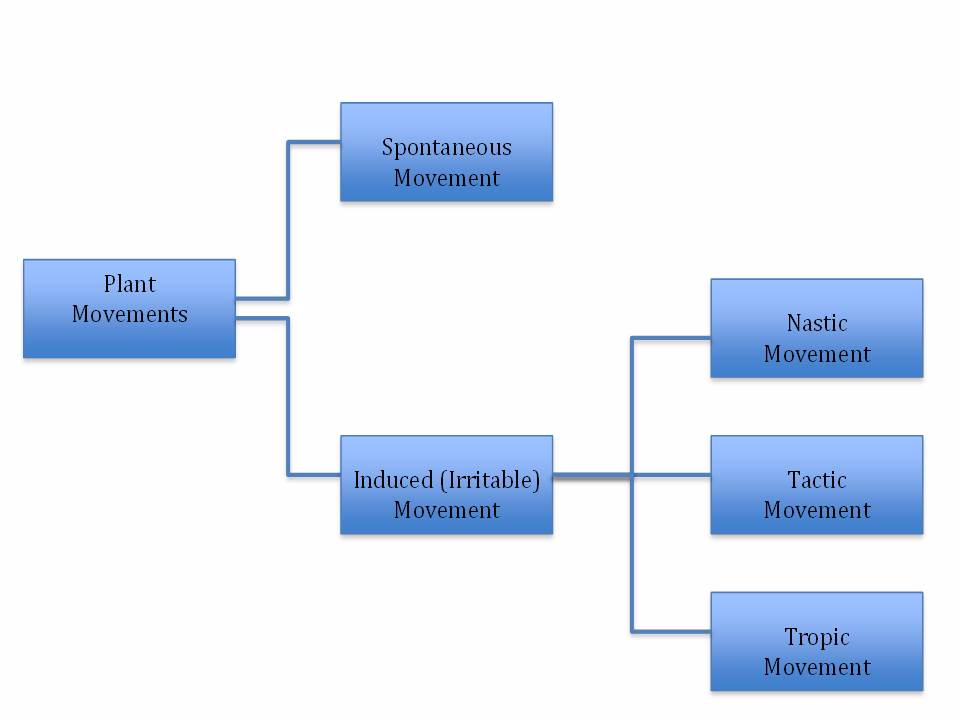 A summary of the types of movements shown by plants in response to stimuli.

Tropic (tropism) is growth movements, which take place at a very slow pace. The growth movement is caused by an increased or decreased rate of growth on the side of the organ, which is under the influence of the stimulus, with respect to the opposite side. This results in growth in curvature.

There are various types of tropic movements, these types are:

Experiments to Investigate Movement in Plants

Carry out experiments to investigate movement in plants

An experiment to investigate movement in plants