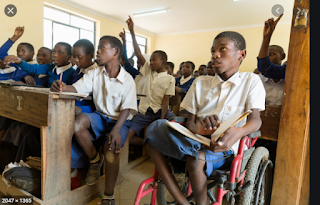 (ATTITUDE TOWARDS PEOPLE WITH DISABILITY)

During this time people with disability were neglected, abused, killed because they were not productive, therefore they are not valued.

As time went there was change in attitude and society become more protective i.e. people started to realize that these people are created by GOD and they shouldn’t be killed.

So they decided to put them in “Asylum” (refuge) and given food and shelter. The institutions were built far from the residential areas; children/people with all impairment were combined, so the condition was bad. But no type of education was provided to them.

At this time there was some sort of acceptance. Therefore certain institutions were separated fore different categories of disability.

Era of total acceptance, normalization of services provided, they are put in regular classes with the same mainstream of the society. There was all continuum of services.

In Tanzania we do not have any written records concerning people with disability. However, there is oral history which indicates that there was negative attitude toward disabled. In 1978 infanticide was practiced in some of the societies.

Tanzania as a member of the International Community has signed and ratified various UN Conventions and has several declarations of services to people with disabilities e.g.

Many institutions were established by religious organizations for example

ESTABLISHMENT OF SCHOOLS FOR DEAF

The historical development of special needs education in Tanzania follows the development in most other countries: services for certain disability groups (the blind and the deaf) provided by churches and charity organizations are the first to develop, followed by small-scale educational provisions in special schools for other disability groups (e.g. persons with physical and intellectual disabilities) 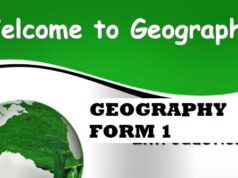